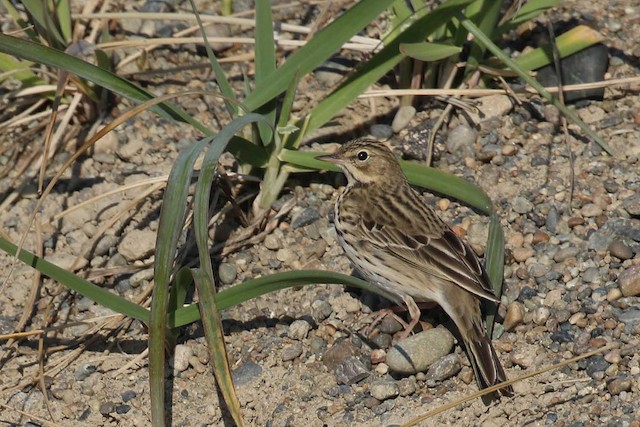 Life Bird. ABA #801. Chris Feeney observed this bird along the road next to the revetments. He was unable to get good enough looks to identify the bird. Chris tracked Gary and I down in the circular boneyard and asked if we would go down and look for the bird. The bird struck him as different from what he could see. So Garry and I went down and quickly relocated the bird in the exact spot along the road opposite the revetments. The bird was silent and wouldn't flush far. It preferred to walk or run away through the grass. All identification criteria can be seen in the photos. The bold breast streaks turning into pencil thin lines on the flank are visible in my photos. Casual vagrant, with three previous fall records and one spring record here at Gambell; only other North American record was the first record, at Wales AK (west end Seward Peninsula). Sixth North American record.