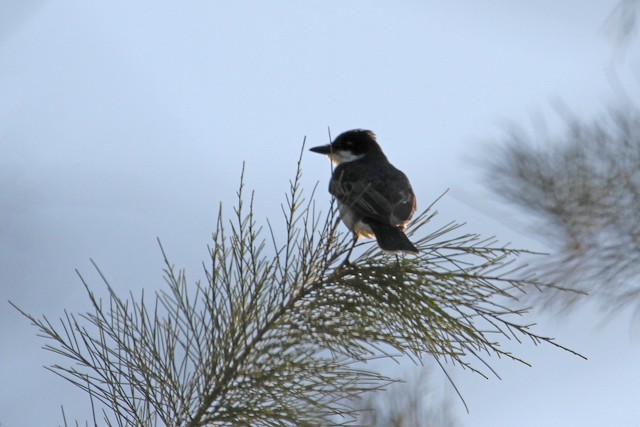 Dark-backed kingbird with white throat and contrasting blackish head. The bird was all white below and it showed a pale terminal band on the dark tail. At one point it appeared to squabble with a Black Phoebe and uttered short call notes which is how I initially noticed it. It was originally found on the brushy slope under the train trestle, then flew to the top of the small clump of tamarisk trees at the base of the pier. It flew off and I was unable to relocate it. Poor back-lit photos were obtained