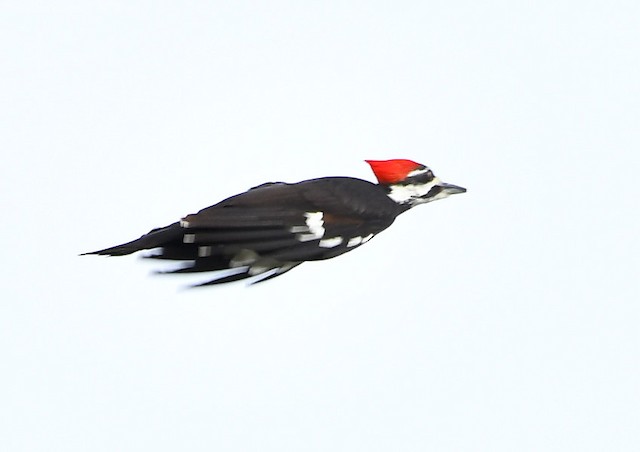 Species recently reported at this location by other ebird observers. I had stopped photographing a small bird in tree when I looked up and saw a large black and white bird flying from my left, then another one trailing a couple of seconds behind. I quickly raised the camera and was able to get an image of the second one, not entirely sharp but clearly showing the bulky woodpecker with distinctive large red pointed hood. I played a few Pileated Woodpecker calls from my phone and got responses from a distant tree. Then a few minutes later caught one flying from a nearer tree, apparently it had circled around looking for the source, got another few images of it from behind in flight, though no sharper or closer photos. Could not spot one perched to get a still photo, but the ID seems apparent.