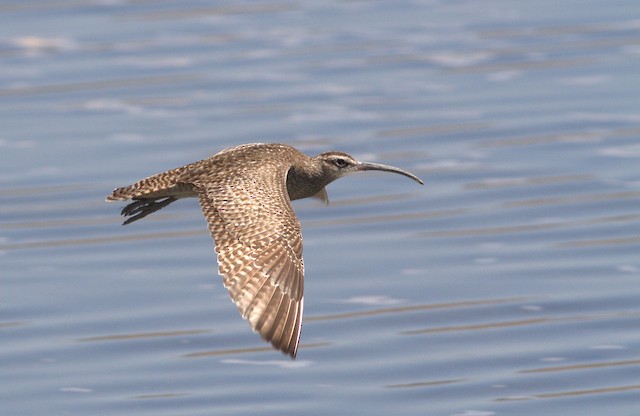 Two adults seen both in Pond W11-12 and later on the dike between Ponds W9-10 and W11-12 had been seen earlier in the day by Chet McGaugh. When seen at close range, it was clear that these were relatively large shorebirds with stocky bodies, slim necks, small heads, and relatively long and obviously decurved bills. They were nevertheless somewhat smaller than the curlews with which they were initially associated, and they had somewhat shorter bills. Also evident was that the plumage was a somewhat colder shade of brown overall, that the crown was boldly striped darker, and that there was an obvious postocular-stripe. Both birds were mottled darker above, but also with a somewhat worn appearance that is typical of an adult, and with a rump that did not contrast obviously with the upperparts and wings. I noted that we heard these birds calling, but I failed to describe the call that was given.