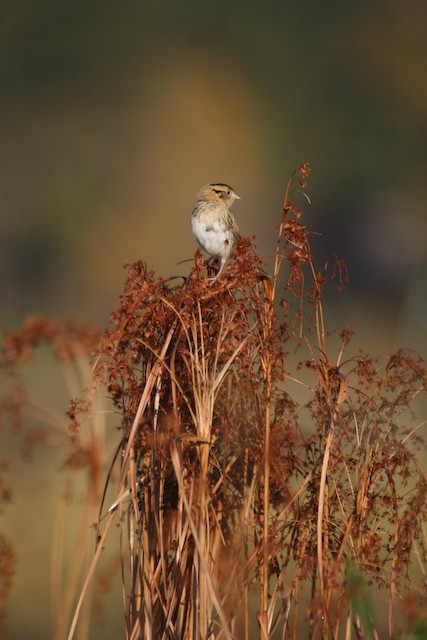 ***mega; juvenile molting into definitive plumage; I decided to try playing Le Conte's tape as I walked today, since I suspected this species was underdetected. Imagine my surprise when the first patch of grass had a responsive bird! Came in close repeatedly and gave intermittent "tip" notes and occasional long "tsieeuu" flight notes. Many many photos. State bird. About one report every two years since 1993, per Marj/Jeremiah, but probably only the second record for Cumbies (despite the phenomenal habitat). Photos: