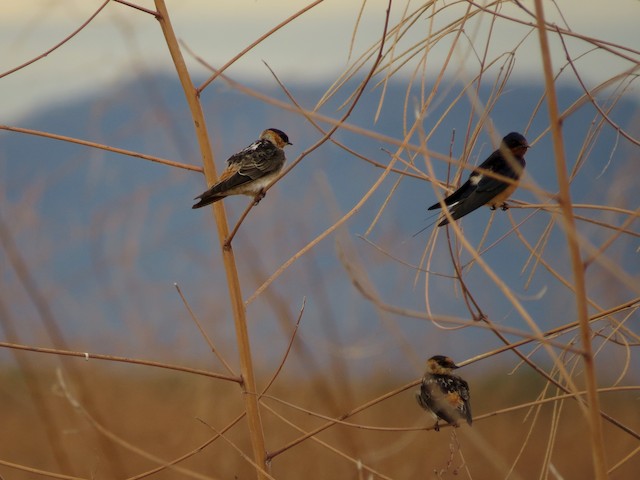 Including a group of 12 roosting at 15:20 hrs in the reeds, together with Barn Swallows. Later on, when the sun came out, we returned for better photos but all were feeding over those fields, and only a few could be found perched, at greater distance from the road. Earlier, we had picked out several flying overhead when we were on the observation tower. Within the roosting swallow group, the Cave Swallows formed a small unit of 12, directly adjacent to (but not scattered among) the Barn Swallows.