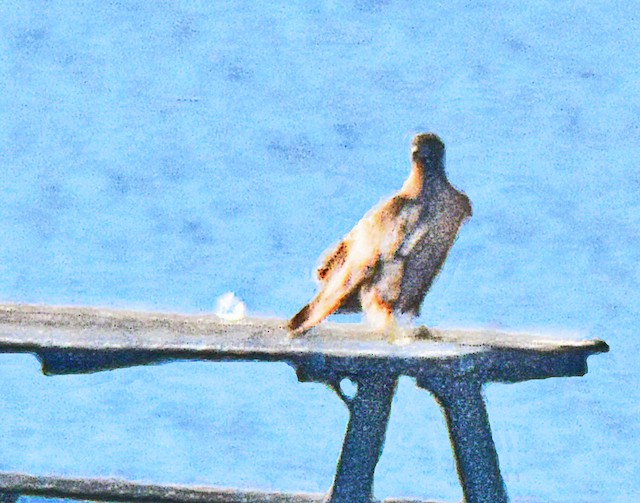 The bird was on top of a picnic table by Lake Palmdale at some distance away. It looked big relative to the Red-tailed Hawk that we had just seen and seemed like an eagle at first impression. The bird had substantial white on its breast and a brown head which suggested a RT, but no clear belly band or V on its back. We scoped the bird and could not get great looks at its head and beak for a clear ID given the distance and lighting. The cropped and adjusted photo seems to confirm a 2nd year Bald Eagle, which would be consistent with the white breast. The talons also seem too big for a hawk.