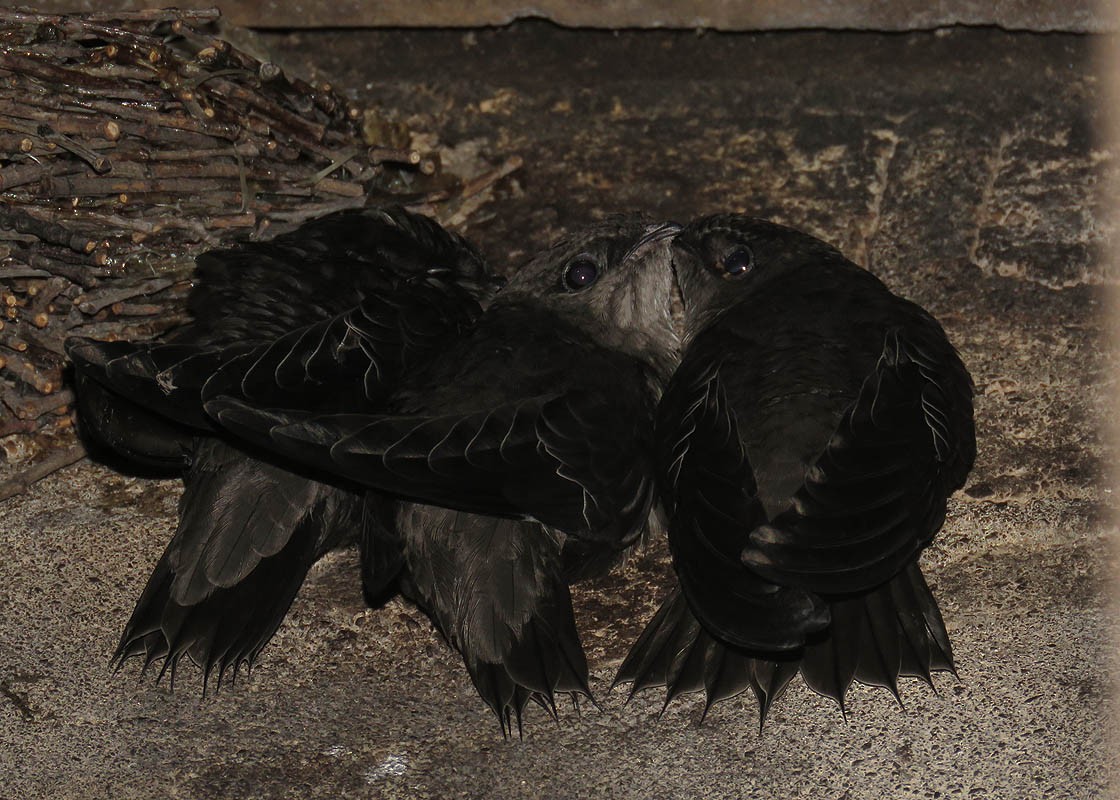 Three fledglings were near the nest this morning, and I took several photos up into the fireplace (photos attached). After I went outside I watched the chimney for a little while. One bird dropped in at 6:35 am. -- probably an adult?? Begging calls could be heard for a short time, emanating from the chimney. The bird left again at 6:38, dropping low from chimney over the roof, to the north, as I'd seen before. It headed out over the lake, disappearing from sight.