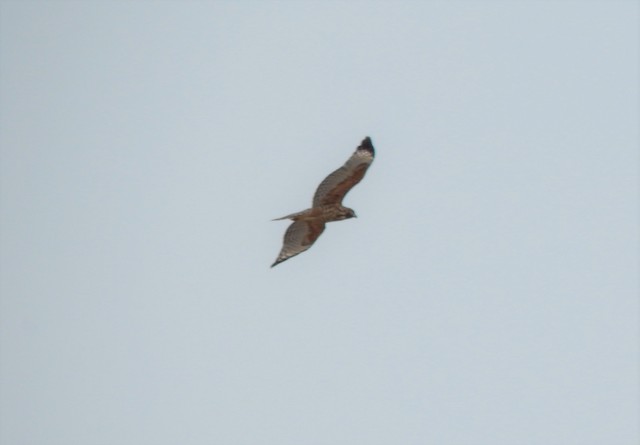 One juvenile seen well flying and perched. It can in from the north and was mobbed by kestrel and kingbirds till it flew south and slightly west. As the bird flew towards me I quickly noticed it was about the size of a big female Cooper's Hawk, and it flew similar to one too, several flaps followed by a glide. It turned sideways towards a tall tree, through my binoculars I then saw the solid brown head, brown streaking below (which was rather heavy suggesting elegans ssp), rufous wing linings (pointing to elegans ssp), bold wing crescent at base of primaries (it was particularly bold on the upperwing also suggesting elegans ssp), black tipped primaries, white scalloping on the rump, and thinly banded tail. The bird also lacked a whitish rump, further suggesting the Pacific ssp, elegans.