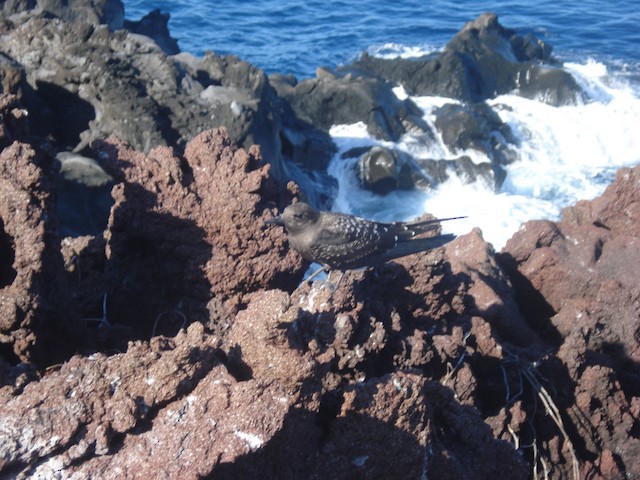 The second most abundant seabird with adults present on the island equivalent to approximately 1500-2500 pairs. Heard frequently at night and observed in flocks of 100+ individuals foraging around the shorelines. No active breeding observed and only a single recently fledged juvenile along the shoreline. Birds gathered on the north shore rocks may have been prospecting but it is also possible breeding had culminated in the months prior to our arrival, with most juveniles having dispersed. Or, the single juvenile observed represents a recent mostly failed breeding season (perhaps the most likely scenario) or heavy depredation of young.