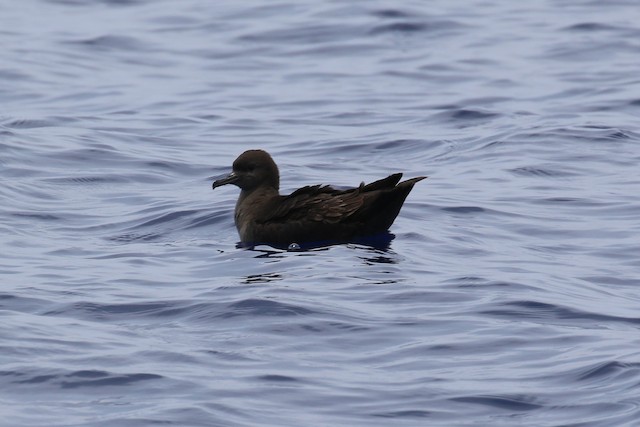 This bird was initially called a Sooty in the field. Upon reviewing photos, I believed the bird to be a Short-tail based on head shape and bill structure. Reached out to L. Tanino for opinions. Photos were circulated and the assessment was Christmas shearwater by B. Sullivan and P. Pyle. Discussion on size between all parties insued. However I'm wondering now if during transition from camera to binocular that I watched another bird (sooty) take off instead of this particular bird. Initial impression in field was light underwing and SOSH sized bird. Difference in time stamp from this bird and posted sooty photos are 6 minutes. Obvious differences present, especially in bill. S. Howell weighed in, confirming CHSH based on glossy black bill, dark chocolate plumage, etc. Thanks to all those involved in the discussion.