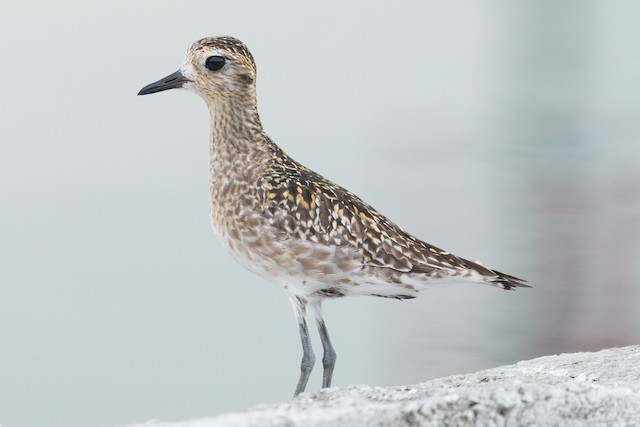 Individual Pacific Golden-Plover found associating with two American Golden-Plovers on northern concrete bank of middle square pond. I had visited the site the day before and not seen the birds there. All three individuals were very confiding, allowing me to photograph them from less than ten meters away. The Golden-Plovers stayed together as a group the short time I observed them. I initially reported all three birds as American Golden-Plovers in eBird but Marshall Iliff later viewed the photos of the bird that I uploaded to the checklist and ID’d it as a Pacific Golden-Plover, citing as distinguishing field marks: the golden color throughout the face and neck; the bright feathers in the back and converts; and the very long tertials with only 1-2 visible primaries.