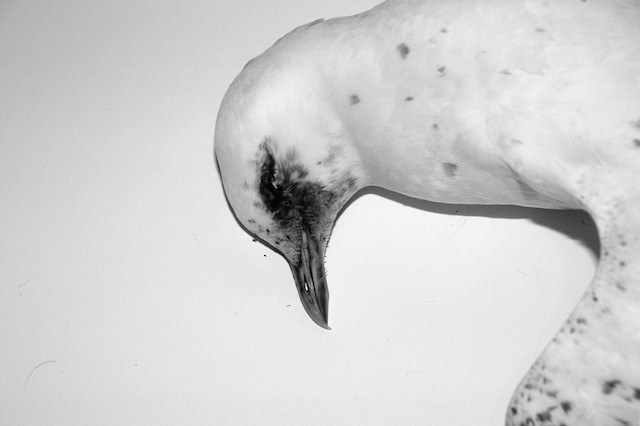 This close-up shows the feather lice, still alive, around the base of the bill.

Cameron returned once again to Tagish Narrows, this time with Phil Merchant and a boat, to rescue the Ivory Gull. We boated out to the edge of the ice, but the gull was already dead, though fully intact. The lice at the base of its bill were still alive. A sad end to a beautiful Arctic gull.