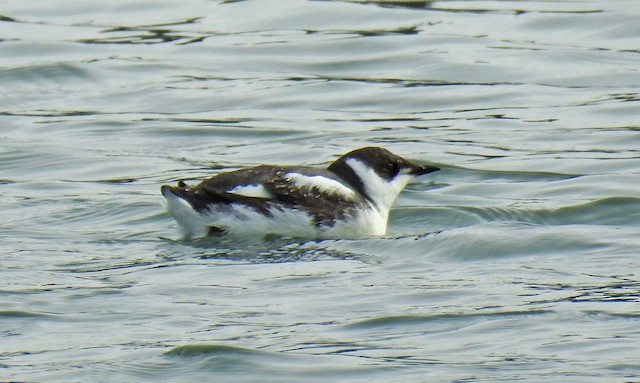 In harbor entrance. Very surprised by this bird but seen well and observed for ~20 minutes. 10x binos were used as well as a 20x scope. Photos were taken and will be posted later. Murrelet type, black and white with white underneath and mostly black above. Head was black. Chest and chin were white with a white "strap" up to the nape. Black on back with two white patches noted - one on the wing and the other on the upper flank near the upright tail. Bird was observed diving often and moving good distances when under water.