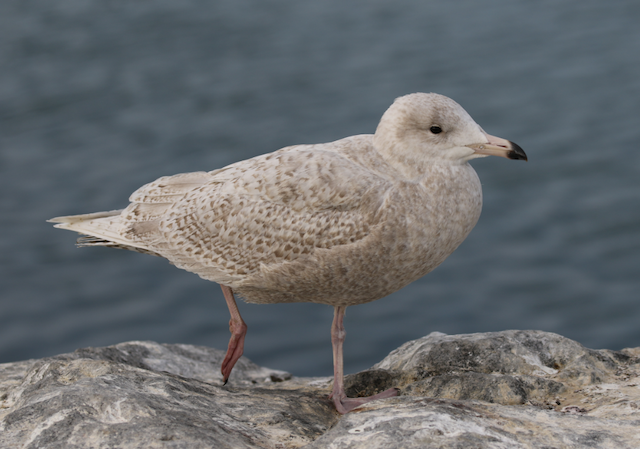 Continuing. Large white gull with pink bill and black tip. First winter gull, I think. Appears healthy but with an injured leg. No trauma visible, but it seemed lame on the right and dangled that leg. Apparently painful to stand on it. I did not find it on the bait barge, where it’s been reported for a number of days now, but on the jetty instead, further along toward the end. It was sitting/dozing on a guano covered rock and blended right in. I did not see it until within a dozen feet when it stood up! I backed off to appreciate this rarity. It contemplated settling back down, but then decided to return to the barge where it settled back in for a snooze.