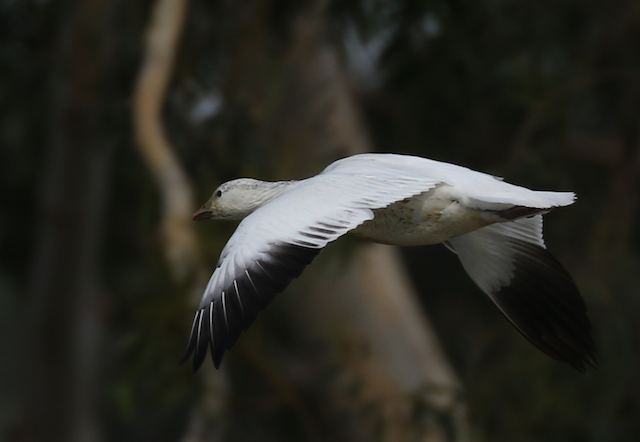 Small white goose with black primaries and stubby pink bill with blue-gray base. Came in from the north over the harbor just east of the bait barges, calling loudly, and looking to land among three Western Grebes who each stretched out there necks and laid flat on the water as though to say, “Look out for this reckless fool.” But it was coming in too fast and the jetty was right before it so it aborted and circled twice, still considering. It caught sight of Doheny beach to the east and flew there to land instead.