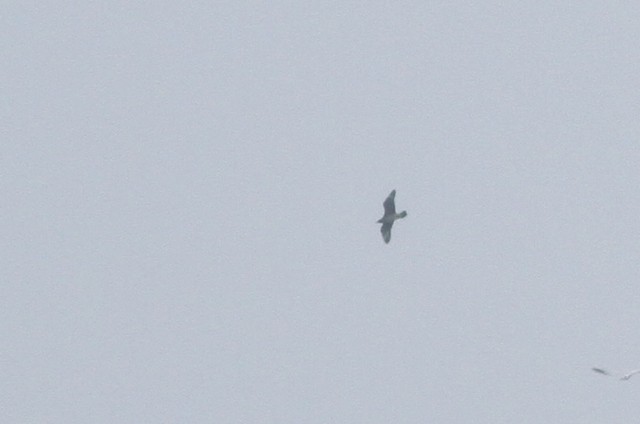 Was observed flying and harassing the Common Tern's that was foraging for food in the Caribbean sea at Cattle Landing football field water front that is used by the Belize Conservancy Raptor watch. They were seen by observers myself Raymond Reneau, Victor Bonilla, John Garrett, Edwardian Ruano, Jonathan Urbina and Alson Ovando. JG notes: First saw an immature in the early morning harassing Sandwich and Royal Terns; it disappeared and reappeared several times in the day and was joined at noon by an adult (or near adult). Both very hefty, bulky-chested jaegers with broad wings and large white wing flashes, almost skua-like in overall appearance. The adult-type had a darkish cap, pale auriculars and a solid dark chest band; it didn't have any tail projection, however. The immature was identical in overall shape/proportions (also apparently without a tail projection), but appeared mostly dark brownish, with no cinnamon tones. Photos to be posted.