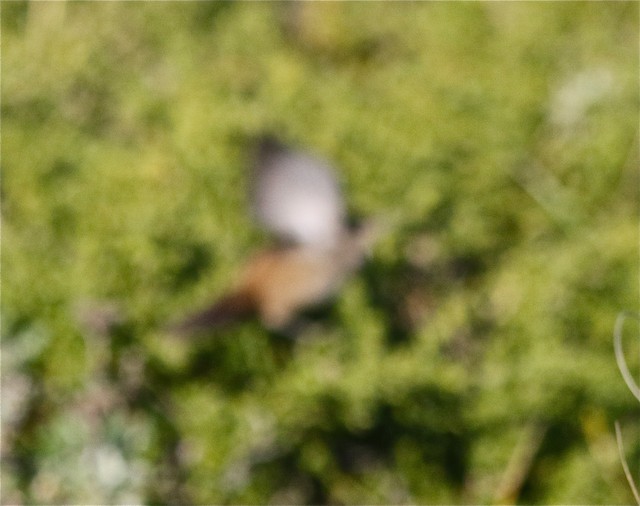 2 were head/seen west of Sunset in the coastal scrub near gate #22. Initially two different birds heard giving Marsh Wren-like calls, and eventually they were seen briefly in the same bush. All views very brief in short flights or briefest of appearances in thick short bushes. The impression was of colorful contrasty wrens with rufous flanks (and rump?), and Don had one view of a solid dark crown and bright white supercilium. Both were giving similar calls that sounded like Marsh Wren calls to our ears. [An absolute terrible photo of a flight is attached.] These views, calls, and terrible photo confirm that there were at least two Marsh Wrens -- and probably one more heard calling earlier across the street. This leaves just one pale buffy wren, which is very elusive, unidentified.