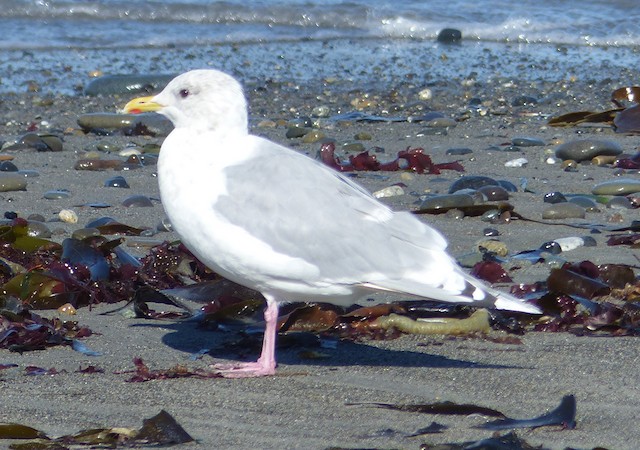 We did not observe the gull in flight. Will look for the dark marks on the primaries next time around.

Now that Thayer's has been lumped with Iceland and triggers an alert, I wanted to make sure we are identifying and I have photographed this gull correctly. With identification, we focused on the small bill on a large pink-legged gull. The legs are comparatively short. The mantle is not as light as a Glaucous Gull and not as dark as Western Gull. The wing tips have more white than black. Does not have "mean eye" look like the Herring. Body lower and flatter than Herring. Legs pink but did not stand out as darker than other surrounding large pink-legged gulls.