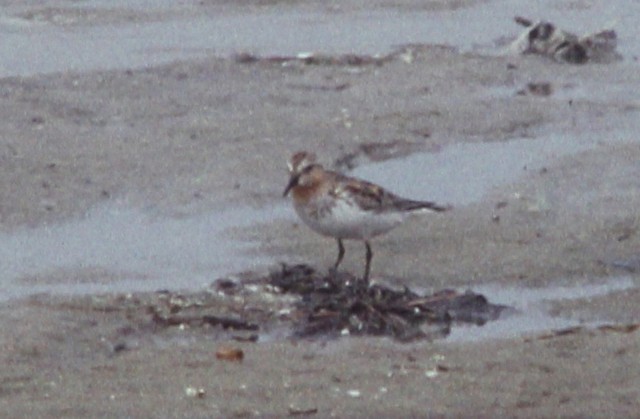 adult seen in both Santa Barbara and San Luis Obispo County; accepted by CBRC #1990-106. Description: adult in alternate plumage. Slightly smaller than the Western Sandpipers with a short straight bill that narrowed to the tip. Black legs with no palmations between toes. Neck, throat, upper breast and face a dull rufous that was brightest in the throat region. Rufous on breast ended in necklace of dark streaks that were boldest at sides. Dark eyeline on face that was broadest in auricular region. Feathers on back showed dark centers, with rufous fringes. Primaries were a dull gray. The rest of the undersides were white. This record was previously entered in the database, but accidentally deleted by observer.