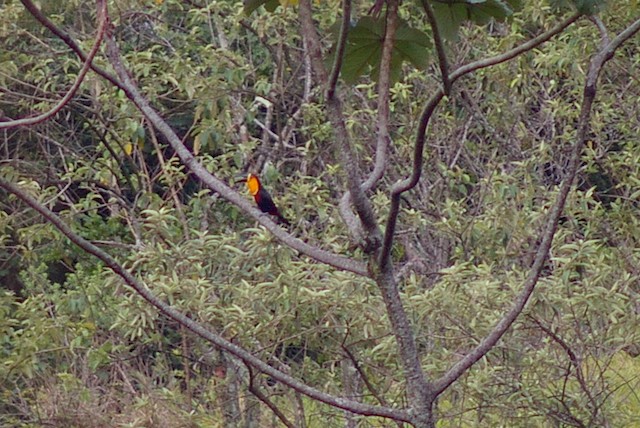 A pair observed at distance perched in a Ceratonia tree at distance. Apparently this is a very wary species and rarely seen close up. The race concerned has a completely orange breast with no white borders. Race ariel: It resembles the nominate, but the base of its bill is yellow, the skin around the pale blue eye is red and the entire throat and chest are orange. It occurs in the south-east Amazon. The unnamed population from the coastal regions of eastern Brazil is virtually identical and has traditionally been considered part of, R. v. ariel, but molecular analysis suggests that it has been isolated for a long time and is a yet-undescribed separate subspecies or possibly even species (Weckstein, 2005).