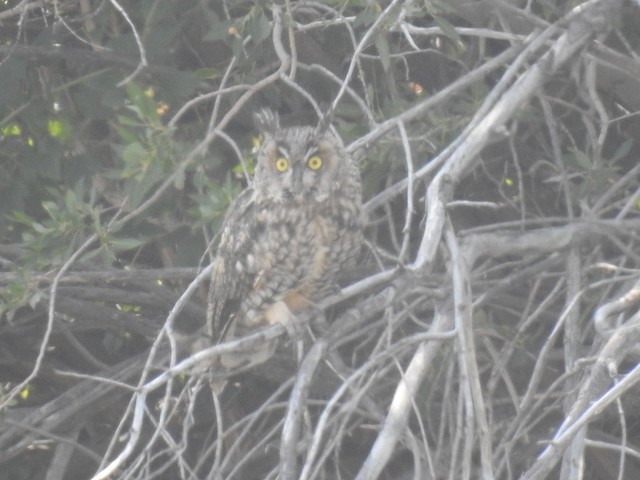 Seen on my return, along the stream corridor near the boundary between reaches 3 and 4, when a deer moved from an area of shrubby alders, apparently spooking the owl. Got a brief glimpse of a large, seemingly raptorial bird in short flight within the alder thicket. After apparently perching again out of sight (a brief pause), it flew downstream and perched visible in a willow, allowing me to get photos. In flight, I got the impression of a mottled brown back and upperwing; I did not see a buffy shoulder patch on the wing (quite brief view). Wings rounded at the tips. When perched, ear tufts, narrow body and face profile, and much smaller size compared to GHOW were obvious. Flew again after roughly 30 seconds (estimated) into a thicket downstream. I skirted ca 20 m from the stream at that point and apparently managed to not flush the bird again.