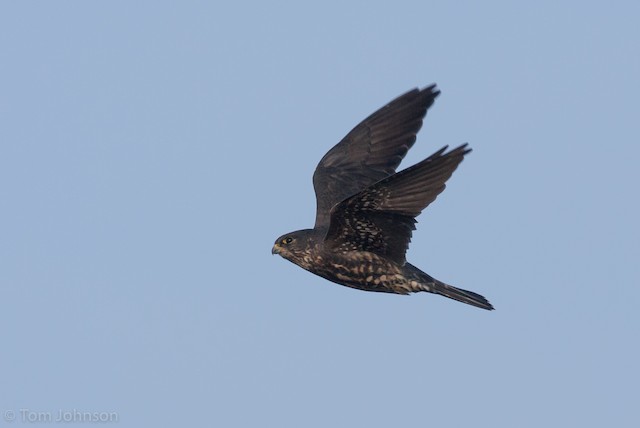 ***MEGA subspecies - probably a first NY record; this very dark Merlin was perched atop a utility pole south of Aurora. I saw it naked eye as we were driving past, and did a quick u-turn because it appeared to be all dark. I took some photos of the bird as it perched and then flew; these revealed the general lack of pale spotting/ barring on the remiges, which are very important to the subspecific identification: http://elibrary.unm.edu/sora/Auk/v089n02/p0325-p0338.pdf). Most Taiga Merlins show extensive pale barring throughout the remiges, a feature notably lacking on this bird. The dark "helmet" and underparts were also very dark, much moreso than typical Taiga birds.