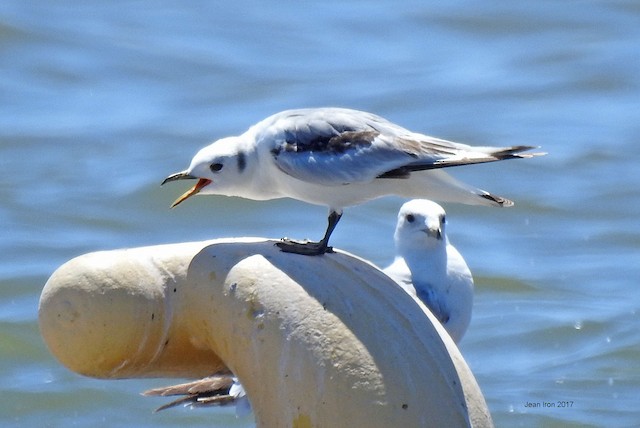 First summer Black-legged Kittiwake. It doesn't have a neck collar, which is fine for this plumage. The bill is becoming yellow.

First summer plumage. Found by Richard Poort. Very good spotting Richard! It had black legs, black bill that was becoming yellow at base, was larger than the Bonaparte's Gulls, white-headed with two black spots on side of head, brown wing coverts, big dark popping eyes. The black neck collar of juvenile and first winter plumage has already been molted. This looks like a different kittiwake from the one at Cobourg Harbour 10 days ago, which still had a wide dark neck collar.