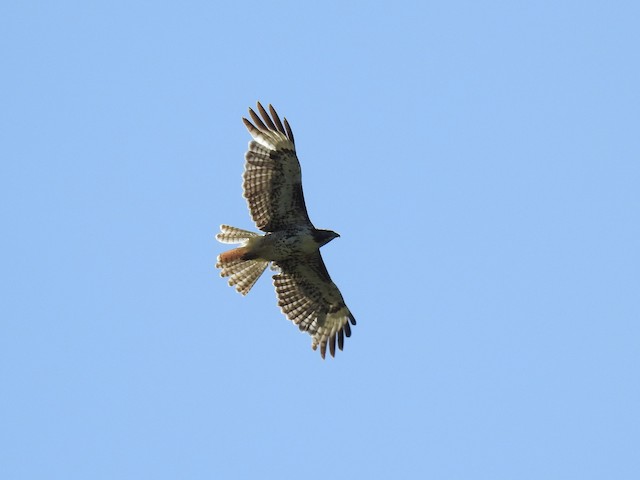 Based on pictures of this immature, I tentatively think that it is a different individual from BOTH of the immature RTHA seen on 30 May. Neither of them show evidence of an adult tail feather, which is fairly conspicuous and well-grown on this individual. The belly-banding also seems to differ somewhat. This individual seems to have a larger gap in the tail and I don't see the inner primaries (have they been shed?) P1-P4 on the left wing, and P1-P5 on the right wing. However, these latter two points aren't necessarily a distinction between this individual and those photographed last week, as they could have dropped more feathers by now.