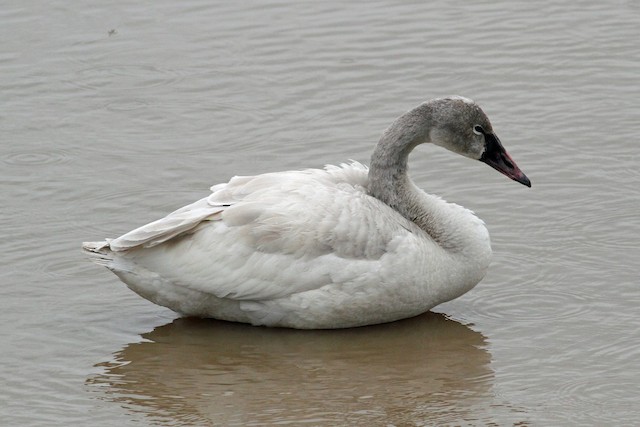 I observed this swan swimming in the center of the lake which I originally misidentified and submitted as an immature Mute Swan. As I approached the edge of the observation deck all the coots and mutt Mallards swam toward me for handouts. I was surprised to see the swan do this as well which is one of the reasons I assumed this was a Mute Swan. The bird approached the edge of the shoreline in close proximity where it sat and preened for several minutes and swam around in the shallow water near the deck. Several photos were obtained. This bird was not present in following days.