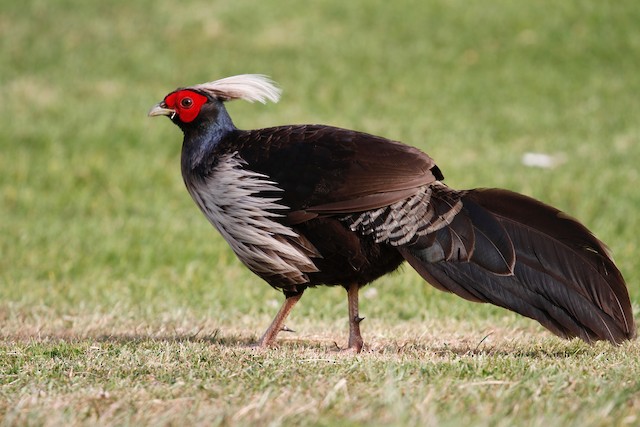 Subordinate adult white-crested male of a family group of four males; this bird is probably the son of the dominant male shown in the photo above, but could also be a brother or nephew.