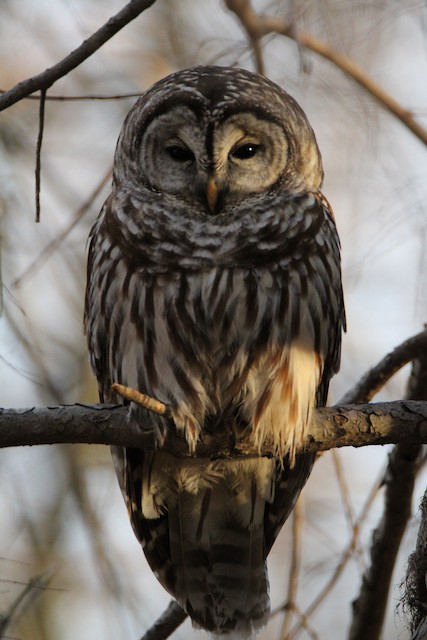 There is a broken tree in the woods between the Restrooms and the Canopy Cathedral Treehouse where it appears to be making its nest or home in a cavity. However, it is facing away from the public path. After getting permission, we were allowed to go on the employee path by the Restrooms and see it. They said it is fine since we only went a little bit in. It was observed hunting a squirrel and was then chased by American Crows. While I was photographing it in its nest, it flew past us, extremely close and landed nearby. It appears to not be very afraid of humans and began to doze off while we were nearby. We could not see any owlets or any mate.