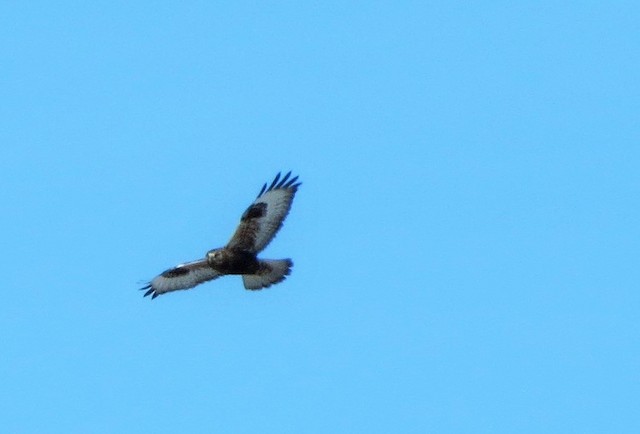 As I was leaving the SGL on Canoe Tipple Road I was near a farm called the Paradise Farm and noticed a hawk on the right in the distance near a pile of hay or something so pulled over on the shoulder and watched as another hawk flew up and they sort of flew together, one appeared to hover/helicopter low and the other began to fly higher;;;was able to get a photo of the one that flew higher as it began to come closer to a barn or shed of some kind then went to the left of the field;;;both light phase/morph