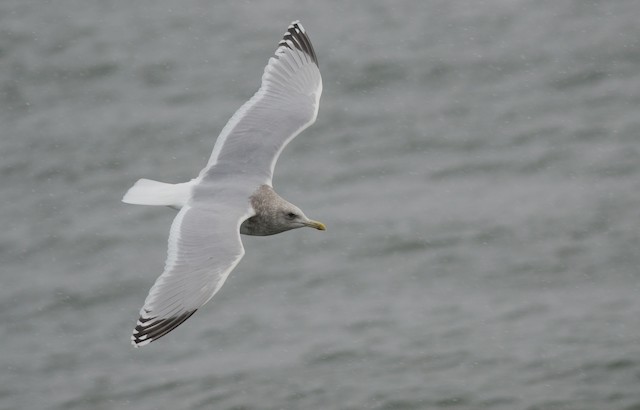 Same bird as the Jan 8, 2017 Thayer's at this location. Confirmed as the same bird by primary pattern, bill colouration and pattern... Before today, it was last seen in Pubnico on Jan 29, then 20 km away at Cape Sable Island on Feb 1 (Mark Dennis and Mike MacDonald) and then was observed in Pubnico today. We are certain that the sighting at Cape Sable Island is of the same bird since both show the exact same features (primary pattern, dark eye, bill pattern...) and both are missing a small section of the inner web of the 5th primary on the left wing. Cape Sable Island checklist: http://ebird.org/ebird/view/checklist/S34093976