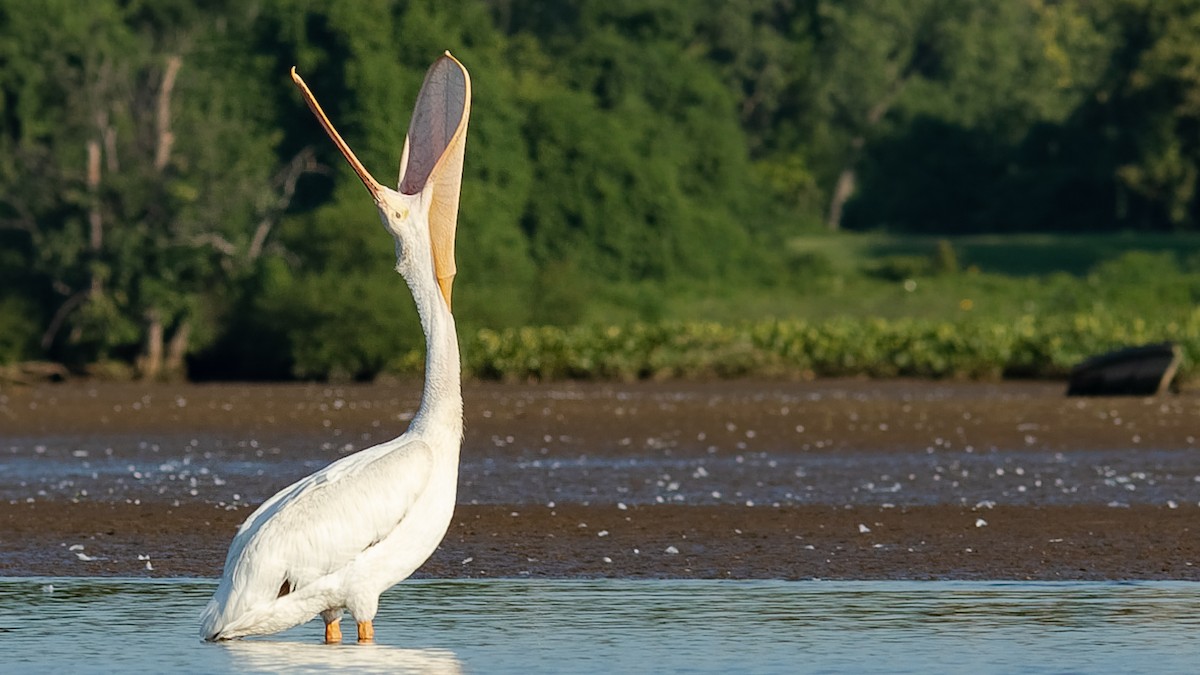 Rowing out to mudflats and seeing the routine dawn occurrence of Bald Eagle flying through mudflats and scattering everything skyward. Gull, gull, Pelican! It flew toward my direction and landed within the several Great Egrets that were just off shore wading. It remained there and I kayaked on. Later I came back into the area with another kayaker (Tyler), and we were several hundred yards out from it (original location) and it flew right to us to check us out. It would eventually wade over to the mudflat from which it had started prior to the Eagle chasing it off. While at this mudflat, and just before I had to go, it did a single "glottis exposure" — stretching of the throat/gular pouch/upper breast area using its spine. That was an education for me. Fortunately I was able to take pictures of the sequence.