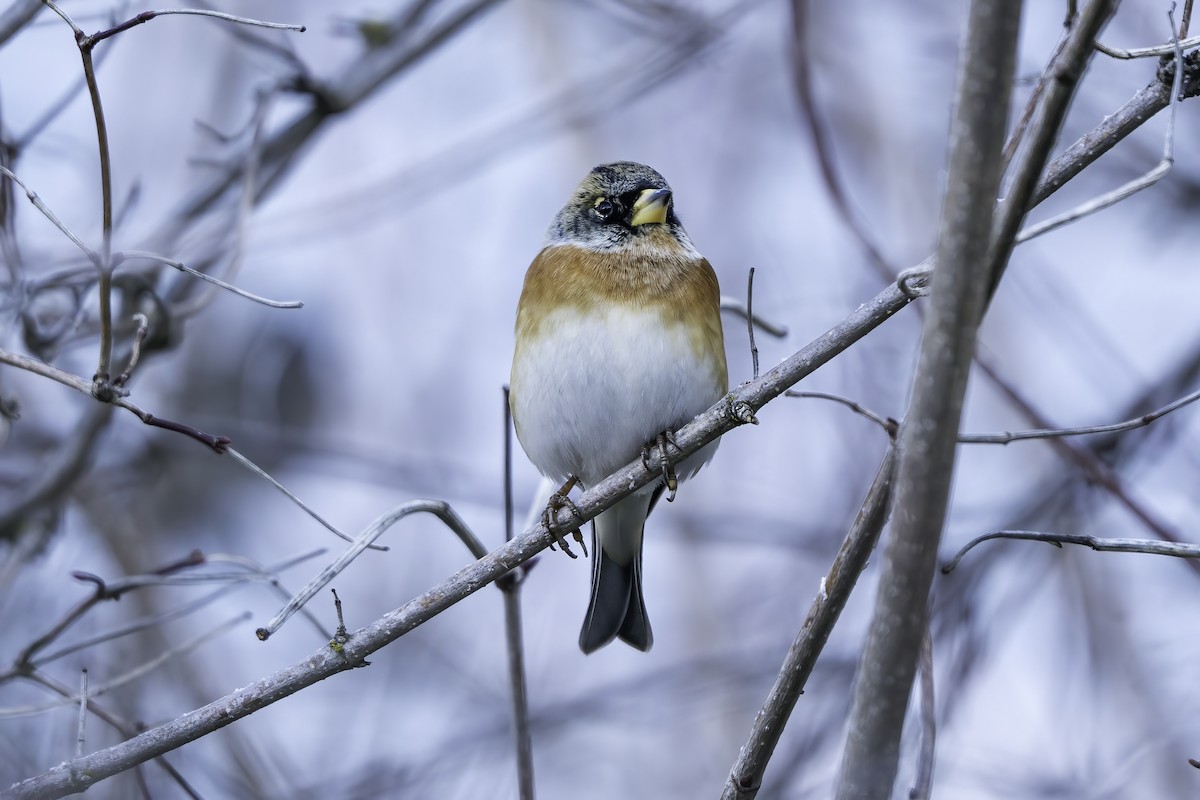 Continuing stunner first found on 12/18/21 during a CBC. Unbelievably, seen only 2-3 minutes after our arrival at the hotspot location of 227 Bell Ln. The Brambling was first observed on the ground below feeders at 227, but it would then fly farther back into a tree in the backyard with seed. We soon lost it and couldn’t find it again for almost an hour. We had staked out the “Parrot/Macaw House” (166 Bell Ln.) and when making one last pass, we found it in the bushes that overhang the seed spread on the ground. At this point we had remarkable looks at the BRAM out in the open for a number of minutes before we lost it in the bushes. Gorgeously marked Old World finch which was slightly larger than, and at times aggressive towards, the nearby DEJUs. A fine mix of brown, black, gray, and orange, making for an unmistakable combo. Head somewhat mottled brown, black and gray; two darker lines extending from hindcrown through nape; partial light/buff eye-ring; black mantle with rusty orange tips; yellow bill with dark/dusky tip; black feathers at the base of the bill; orange breast with white belly; white lower flanks with noticeable black spots; coverts black and rust/orange with some white at the tips of the greater coverts; yellow edges to remiges; white rump, dark uppertail coverts and dark tail. Nothing is could really be mistaken for in N.A. The bird was silent throughout our observation. Amazing first county record, and 9th record for CA, I believe. *CBRC Submission #2021-163