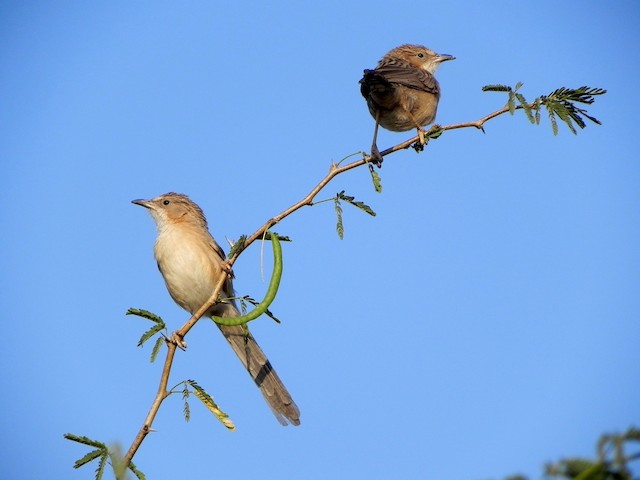 Two birds seen sunning themselves in the the reeds on the 9th were ID'd as Jungle Babbler by our guide. Later when we saw Jungle Babbler on our own in Gir we thought they were Great Grey Babbler. Not until all guides kept IDing Jungle there that I thought the ones seen here, more streaked and in reeds, were actually Streaked Babbler but now back home I see Yvette's picture and see they are Common Babbler. A bit out of habitat but within range. Confusing all around.