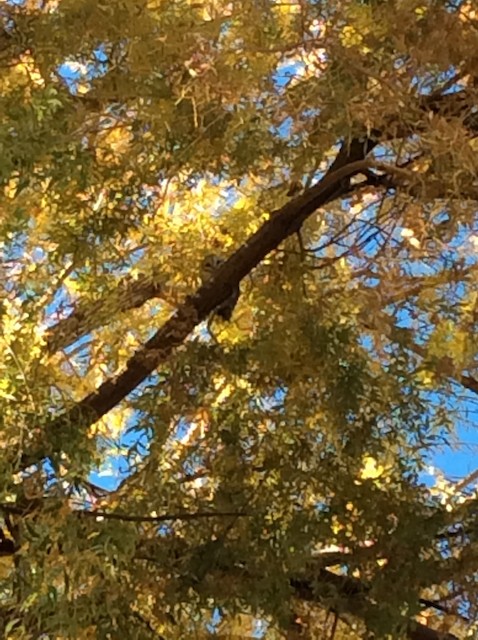 I watched the crow which had attracted my attention in the first place for a while, and realized it was scolding some other bird, but was also keeping a safe distance from it, and keeping an eye on it. I found an angle that allowed me to see the "feathered object", and realized it was NOT a hawk. The crow flew off. I got binoculars. The heart-shaped face pattern was very noticeable, and distinctive. I confirmed it with my bird books. I had never seen a Barn Owl before! The owl returned to the same tree, but a slightly different branch on the next day, which is the reason for different dates on the photos. While I was looking at the owl, the owl was definitely looking at me!