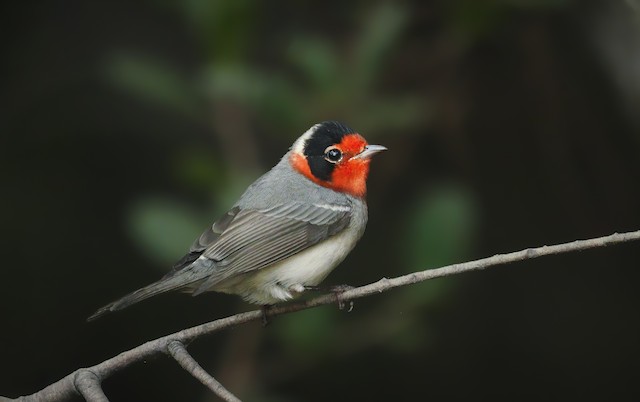 Continuing bird found by Jim Pawlicki yesterday afternoon. MOB. First picked out today by Loren Wright. Seen thought the morning moving to the various stands of Tamarisk through Smuggler’s Gulch. This was an overall medium-sized warbler with unmistakable red and black mask, gray upper parts, white belly and long tail. Behavior reminded me of a YRWA how it constantly sailed out to catch insects. Chip similar to some of the BTGW present but somewhat “thicker”, lower. Other birder noted that it sounded like it had it’s beak full of peanut butter.