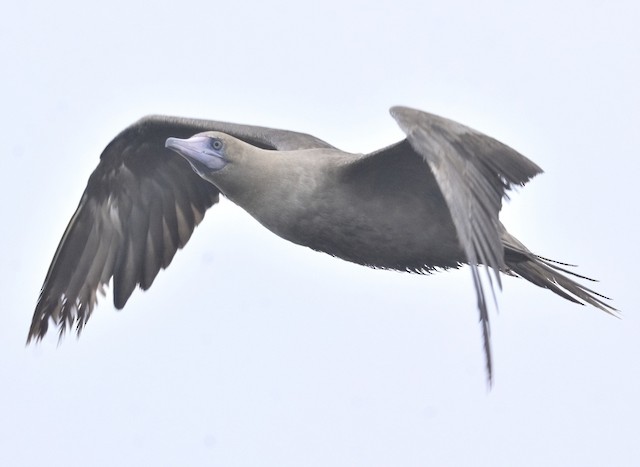 This bird flew out of the fog with a gull chasing it and circled around the boat before heading away with a couple of gulls behind it. It returned maybe nine more times sometimes flying right overhead and always with gull in pursuit. At the time it was clear the bird lacked the dark head and breast of a Brown Booby, but the overcast conditions made it impossible to see color. After returning home and lightening photos it is clear that the bird is a Red-footed Booby. The photos show a pinkish colored bill with a dark tip and blue around the eye which has a amber (?) colored iris, a warm brown head and chest, and no white in the underwing coverts. The bird showed worn outer primaries and inner secondaries, is missing/molting in P6, and retains a couple of worn retricies.