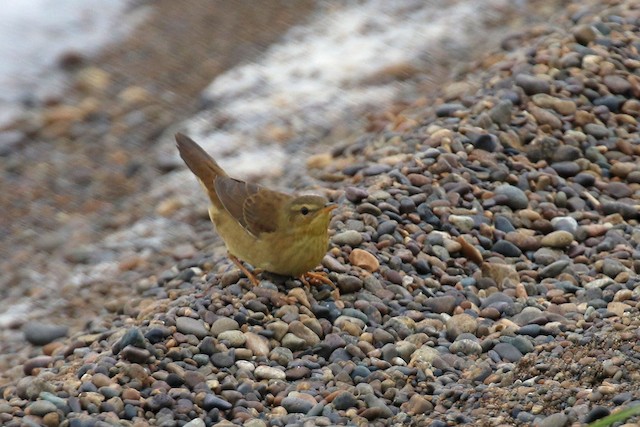 Found in the evening by Raymond VanBuskirk along the west shore of Troutman Lake in the long grass. The bird apparently flushed as he was driving along the shore. The bird was seen running along the shore between the water and the tall dense grass. It flew up into the gravel and just landed and sat for a few minutes fully exposed. Obviously the bird was very tired and had just arrived. It then flew back to the shore and ran by the grass. Nice photos. The bird was surprisingly large and long, bright yellowish below especially on the throat, pale thin stripes on the breast, darker brown rump, long graduated brown tail with pale tips. In one photo I took, the white tipped rectrices can be seen from below on the tail. More notes and photos added later.