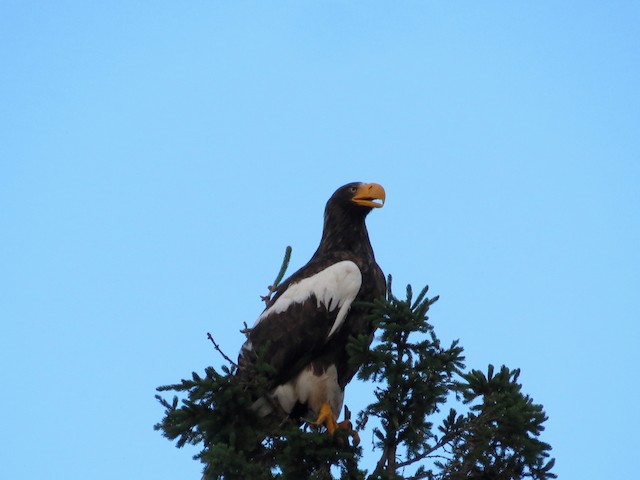 First discovered by Listuguj Mi'gmaq Ranger Gerry Isaac last evening at approximately 7:30 pm perched in a tree on the Southern side of Gillis island. The cell phone photo, although grainy, seemed to show the features of this ultra rare Eagle. After unsuccessfully relocating the bird in the morning, we later found the eagle perched at the top of a large spruce tree on the northeastern side of Gillis Island along the Restigouche river. Spectacular large bodied eagle with an extremely large yellow beak and significant obvious white patches on wings(in shape of an upside down V while at rest.) The white feathering around the legs were obvious and the white tail showed well in flight along with the white wing patches. Three or four crows escorted the bird away from it's perch near dusk. Eagle was observed for a total of 10 minutes while we were sitting on our paddle boards.