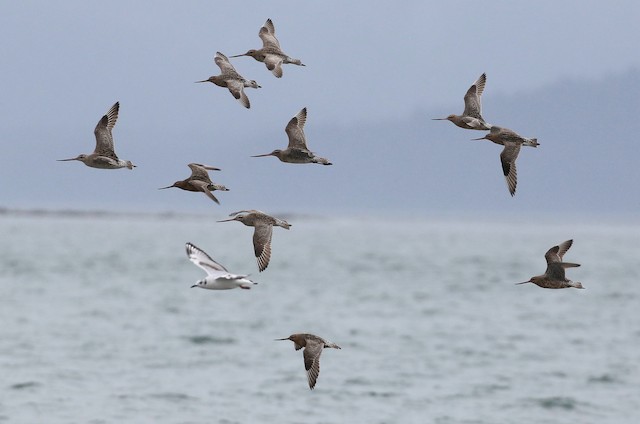 Thirty-four! Rare here at any time. The previous high count was 2. I was surprised to see 10 west of the river. They flew across the river to the east side where I was and were then flushed. Later I saw an interesting mix of shorebirds on the west side of the river with 34 Bar-tailed Godwits clearly visible at the edge of the water. Males brick red below. Females pale below. Females taller than the males. Dark legs. In flight, fairly uniform gray upper side with dark primary coverts and finely barred tails. I watched them fly and apparently land along the Good River. I hiked out there hoping for a closer look at them and the other shorebirds, but there was only one BTGO and a fraction of the other shorebirds when I reached that beach.