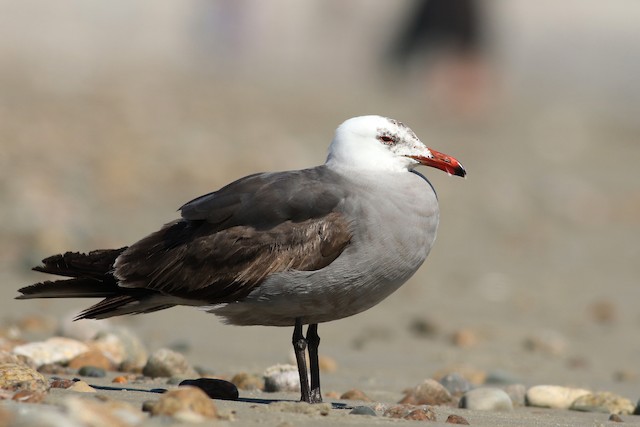 ***MEGA; First state record found earlier at 2:30 by Nicole Kirkos. Apparently the same individual that has been in Florida and Virginia over the past years (last seen in VA on 5/12). This bird was resting by itself at the waters edge, straight out from the main DCR beach house. It cared little about beachgoers, who walked by as close as 5 feet from the bird. After around 30 minutes of watching the bird, it got up (on its own will) and flew along the beach towards Horseneck point. It landed briefly at Bakers beach, which gave us thoughts that it might stick, but then then it kept flying out of sight towards the tip. Soon after that I went to Richmond pond in Acoaxet and had it roosted with HERG on the beach. ID points that eliminate other gulls are: Uniform, sooty gray back, light gray underparts, and brown (almost rusty) colored wings. White headed with black splotches on forehead, Red bill, and black legs. Common gulls with pigment issues can look pretty close to this birds plumage, but will lack the red bill, size, and shape of this bird.