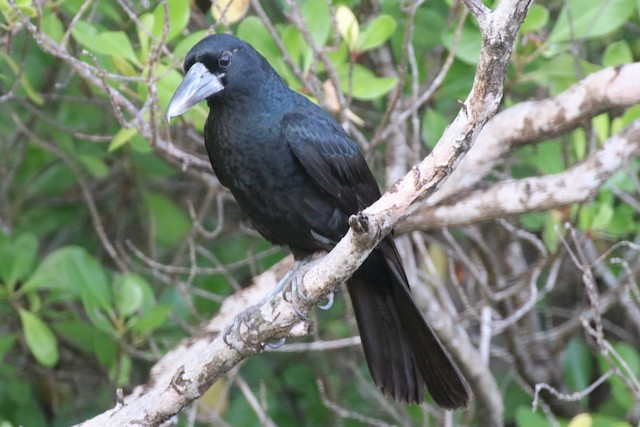 photographed subadult was foraging in a sparsely-foliaged tree at edge of mangroves and made an attack on a Northern Water Dragon (Tropicagama temporalis) hiding in the leaves; the attack was conducted while hovering and was presumably met with vigorous defence from the agamid as almost immediately after dislodging the lizard from its hiding spot, the butcherbird dropped the lizard to the ground where it remained motionless for a good five minutes more, during which time the butcherbird continued hunting for prey items all about but left the lizard well alone, even though it was easily in view in broad daylight on the ground