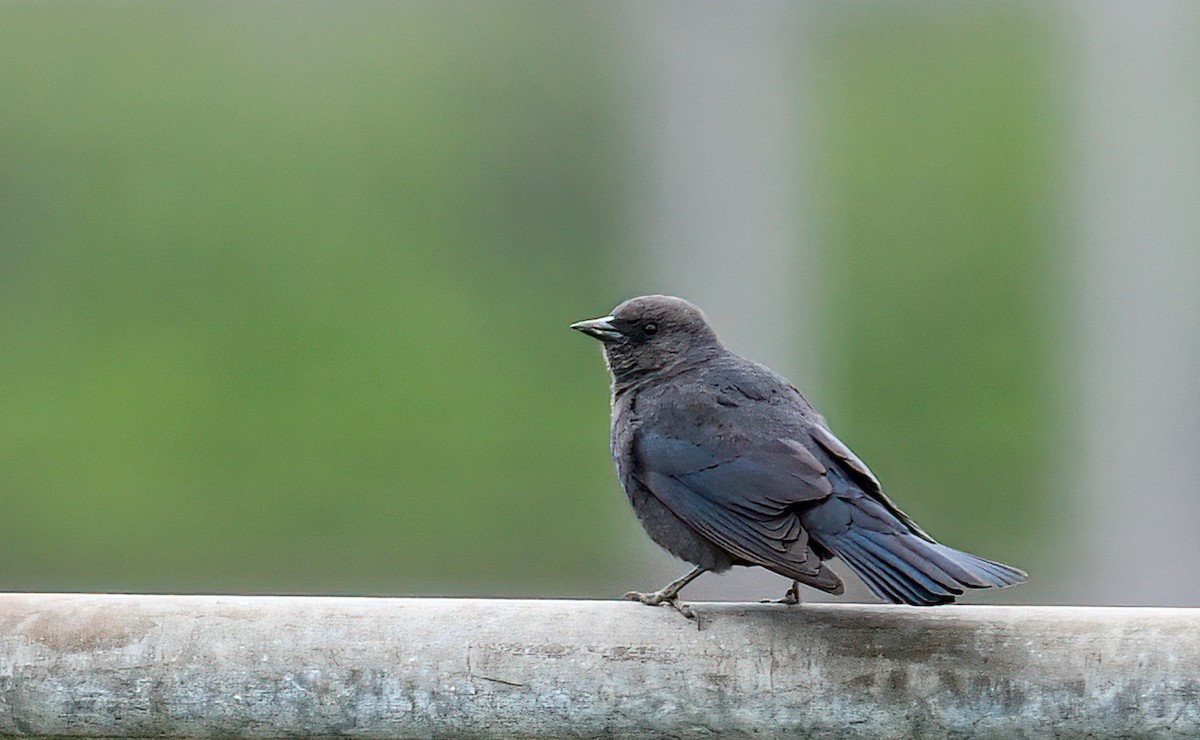 Found by Alex Eberts. Alex's full description and story in second paragraph. I was following Alex out of the livestock facility literally bumper to bumper checking birds out on the way out trying to hopefully see some pectorial sandpipers that had landed nearby. Alex flew out of the car waiving me out and yelled "probable brewers blackbird". Awesome views and a very fine job and skill of Alex to pick that bird out. I have added photos and included Alex's description below. Ohio Bird #300 for me!! Second county record, and the second within 5 months. While searching for Pectoral Sandpipers that had been foraging around in the mud around the cattle feeding troughs, AlI saw a blackbird that I thought was a female Rusty until I put my bins on it and realized it had a dark eye. Bill was thicker, straighter, and more conical than the thinner and slightly decurved bill of a Rusty, and was overall more of a cool gray with a slightly darker lore.