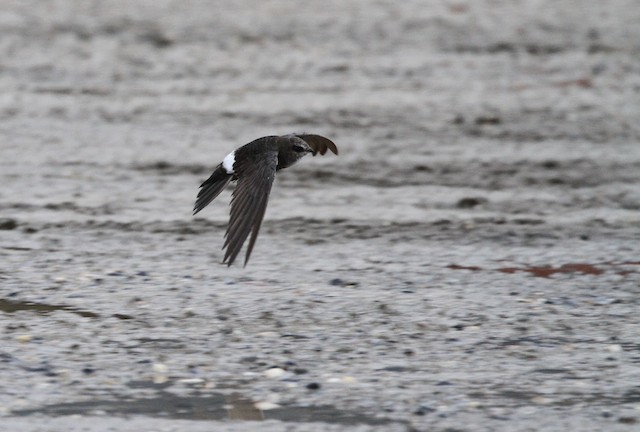 Found aerial feeding on insects on the West side of CPF1. In feeding it would come right down low to the ground and consistently was within a few feet of me. Large dark Swift with a bold white rump patch. The breast and belly feathers were edged with lighter brown giving it a scaled appearance from below only when viewed closely. Also the face and throat where paler than the rest of the bird. Apparently, this is the first mainland record for AK and only the second for NA after a YT, Canada record.