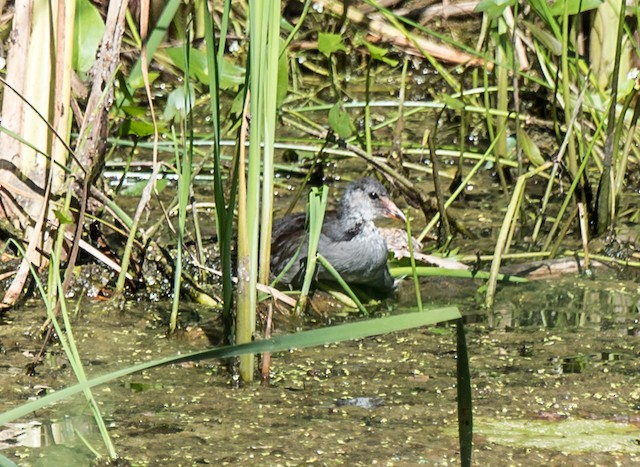 Sunning itself amongst the reeds on the left side of the pond when viewed from the bridge north side. Juvenile bird. Spent the first 20 minutes or so dozing. Woke with loud noises which were mostly the motorcycles that went past to a gathering in Corrina. It occasionally would reach out and pick at the nearby vegetation. Then got up and stretched and then started grazing and wandering out into the middle of the marsh. Was picking at a mix of leaves and other vegetation both submerged and above the waterline. Twice it appeared to have found what looked like a snail. While grazing at one point it moved under some cover and kept glancing above as an Osprey passed overhead. Bruce Cole arrived and we watched it for a bit before it disappeared. Extensive scanning during this time of both sides of the road did not produce the others that have been reported here.