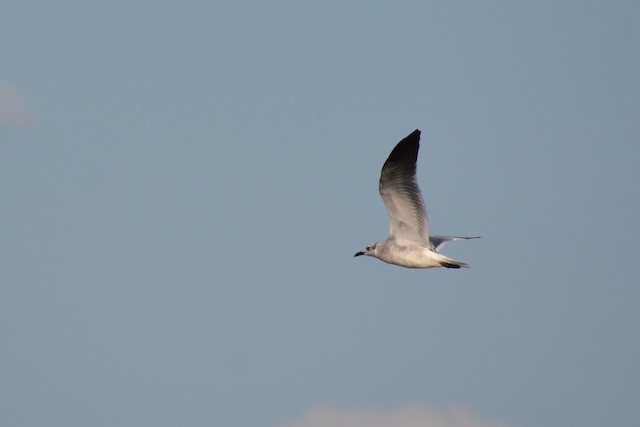 *Locally rare, but not unexpected, spotted a gull that was slightly smaller than the RBGUs it was with, seen well with a scope and was able to get pictures, was flushed by a fisherman and after flying around for a couple minutes it went upstream over the spillway but the RBGUs in the air confused me and it could've decided to come back without me seeing it Mantle color was darker than RBGU, bill longer than FRGU would be and all black, some blackish coloration on the head and grayish washing on the sides of the breast and neck, black on wingtips extensive, suspected second-cycle bird but I'm not very experienced with black-headed gulls not in breeding plumage, comments welcome