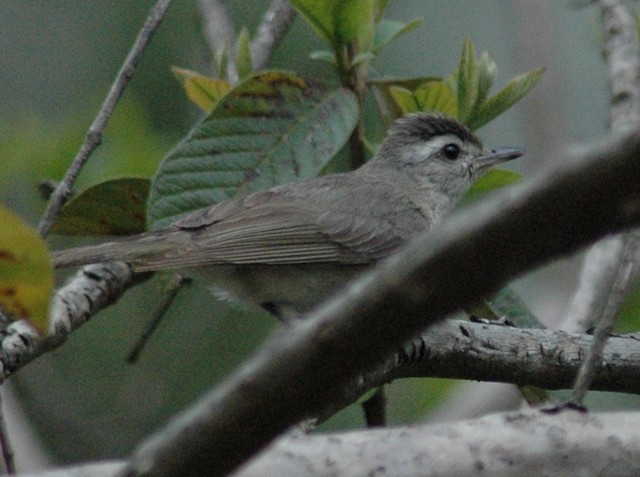 These appeared much darker and browner than the birds in Utah, despite supposedly of the same subspecies. We thought they were Brown-capped vireo, but apparently they do not occur here and should be browner than our birds. eBird reviewer Hector Gomez de Silva wrote: "Some of the photos seem to show a brownish crown but Brown-capped would have much browner upperparts (nape, back, wings, tail) and yellow on the sides and flanks." He further went on to say: "The Warbling Vireo subspecies in the Sierra Madre Occidental is Vireo gilvus brewsteri, whose range is 'Montana and southern Idaho east to western South Dakota and south to Oaxaca' " - So I am changing my ID to Warbling vireo. - Photos. Unfortunately, due to the rainy weather and my inept camera settings, many of the photos are overexposed, while the others are dark.