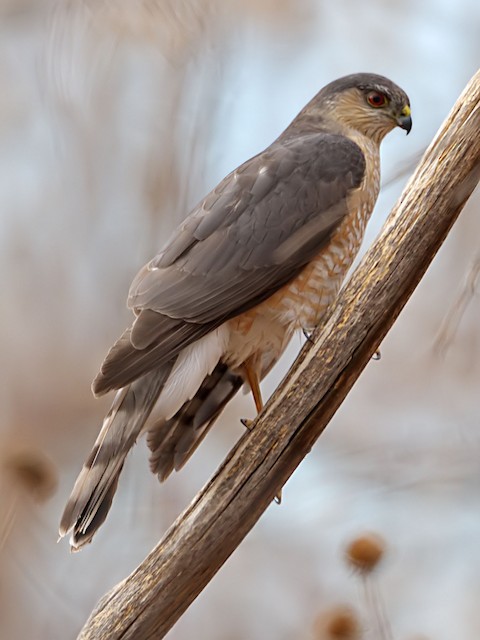 Photo by KG, used with permission.

There was a kerfuffle in the north garden. First 70 redwing blackbirds and all sparrows and juncos rose at once and flew north. I looked for a hawk. Saw a cooper's hawk that I thought was grabbing a robin. But it was having a foot-fight with a kestrel on the ground. The kestrel persuaded the cooper's hawk to depart. Then the sharpie flew in from the west and surveyed everything. It flew off, and the kestrel stayed. She may have been protecting a nest in the box in the Russian olive tree?