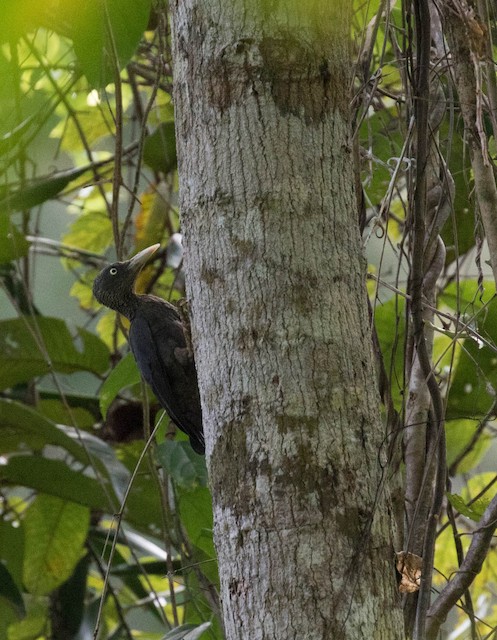 Heard again around 8.47am in same area. Some photos of female about 10 minutes later. Then great views with female then male on trees close by then flying low overhead across the path up the slope then back down the slope a minute later. Calling frequently with tweee call and with different flight call as well. Ross has good recording. Good views of male but no photos of him. Zardo was unluckily further up the path out of earshot while this was happening.