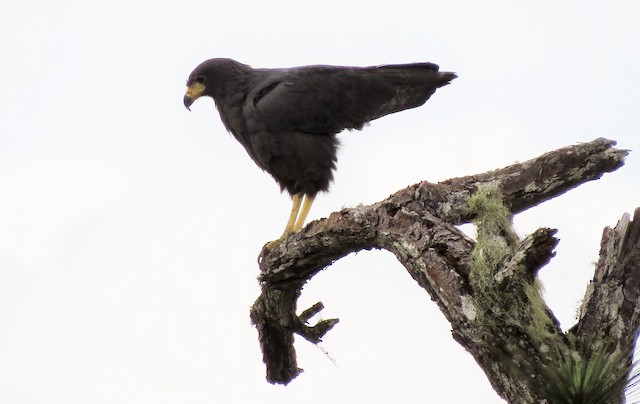 Lateral view of adult, perched on a dead pine, with rear end raised as if preparing to fly. Note enormous thighs. Same individual as ML28913581.

Seen perched on tall tree stump near road and photographed many times before it flew. Another one, presumably its mate, was heard nearby and below ridge. When it flew, its especially broad wings, short tail, single tail band, and gray, rather than black plumage were evident when viewed from above as it dropped down into a canyon.