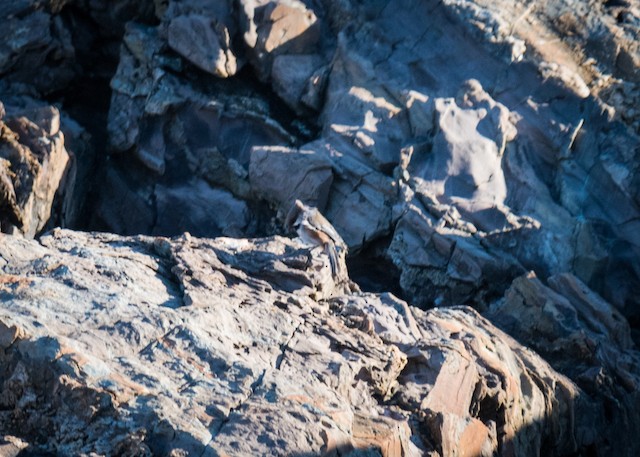 Small chickadee with dull brown cap, gray nape, and cinnamon brown flank. First spotted the small passerine moving from rock to rock just south of the top of East Point (photographed there, albeit poorly yet definitively). The bird then moved up into the low scrub at the end of the point where it called from cover - harsh, raspy “chick-a-dee-dee-dee”. Alighted briefly on scrub before flying west along the edge of the point and settling back into cover along the southern side of the path. Tried to relocate for several minutes, but came up empty handed.